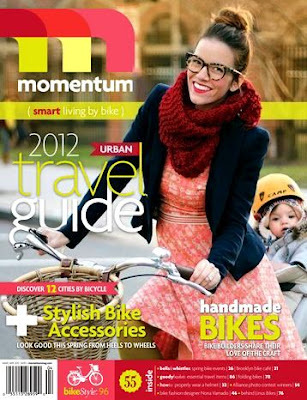 The new Momentum Magazine is out, full of the lovely people and cycle chic.

(Salem, can we have more of this please, both in the gents and the ladies!)

But it's not all fun and games and style. In one of the features, "Ask the Advocate," we can perhaps catch a glimpse of the frustration surrounding the lack of progress and vision with Bike and Walk Salem. 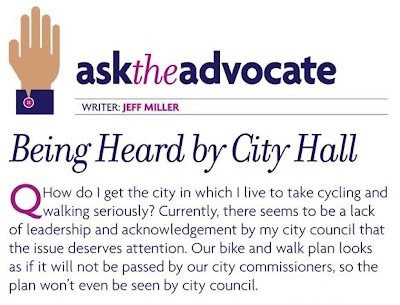 It looks suspiciously like someone is writing about Salem here! - but if not, it doesn't really matter, as the suggestions are useful anywhere. Indeed, one of them in particular zeros in on a form of networking at which fans and advocates here have not alway been very successful. 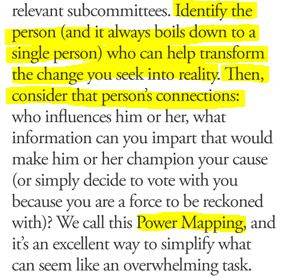 I think of it as identifying "key influencers" in the community and identifying how we need to reach them and persuade them, ultimately with a view to reaching the level of City Council and the Mayor. Either way, it's the same idea - relationships matter, and being "right," having the relevant facts on our side, isn't enough. Often we bike fans have focused on the message when focusing on the messenger might be more profitable.

So talk it up! Facebook, tweet, work those social networks! Encourage people you know personally to come to the Planning Commission on the 6th.

Whom do you know who is an influencer?

(The new Staff Report (119pp) for the March 6th meeting has been posted. Look for more in a couple of days!)
Posted by Salem Breakfast on Bikes at 6:00 AM

TSDC charges can only be used in conjuction with "projects that increase vehicular capacity"? THAT IS A FUCKING OUTRAGE!!!!!!!!!

I'd sure like to see more analysis of the whole TSDC matrix. I don't understand it. But as you say, the fees ought to be available for all transportation modes, not just to maintain mid-20th century Carburbian Autoism.

You don't need a "power map" to see where the power is on this planning commission. 4 out of 7 commissioners are card carrying members of the real estate lobby! While I'm talking about the health and safety of my kids, they are talking about new subdivisions! This TSDC clause is just more evidence of their prejudicial attitude toward biking and walking. Its clear they are only concerned about preserving the debt financed paving regime regardless of the consequences for our kids, or families, and the living conditions of historic neighborhoods.

The Bike Plan is only the beginning! Dallas just waived their SDC charges with the expressed goal of increasing building permits issued from 13 last year to their annual peak of 170 in 2005! Ya think the Homebuilders Association and the Real Estate lobby has a financial interest in moving as many cars over the Willamette as they possibly can so they can get as many potential homebuyer out to these units as they can?!!!!!

Why didn't I just take the blue pill!!!!
http://www.youtube.com/watch?v=zYddmPbu7jg