"Don't be mislead by statistics," says the Mayor!


The Post ranked every zip code in America based on median income and education level, measured by what percentage of adults have college degrees. West Salem falls in the 73rd percentile nationally, which means it is wealthier and better educated than 72 out of 100 zip codes in the country.

Meanwhile, downtown and North Salem are in the 17th percentile, and northeast Salem falls in the 19th percentile. They are in the bottom one-fifth of all American neighborhoods.

“(West Salem) is a microcosm of this entire community. Don’t be misled by statistics,” she said. “There are millionaires that are downtown.”

Council meets on Monday, and there's little of interest for transportation.  So, bullets again - and a  history pendent: 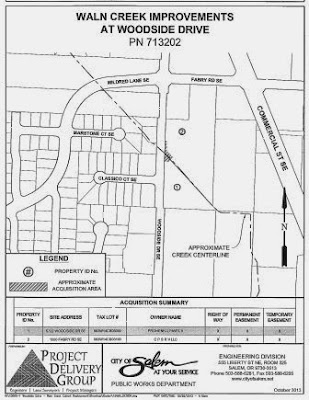 In the paper's preview -

"The Salem City Council may explore downtown parking problems today, although it’s not on the agenda.

Salem City Councilor Chuck Bennett said Friday that he will ask the city manager to send out another round of notices to downtown business owners asking them to submit employee license plate numbers....

By one estimate, about 12 percent of downtown businesses comply with the city’s requests for employee license plate numbers. Providing the information is voluntary. Bennett suggests that sending a new form for business owners to fill out might encourage cooperation....

From Oct. 15 to Nov. 1, city staffers issued 60 employee parking citations, according to city records. Eleven of those were issued to employees who had been ticketed at least twice.

In comparison, from January to just before the two-hour limit ended in October, the city issued 98 employee parking citations."