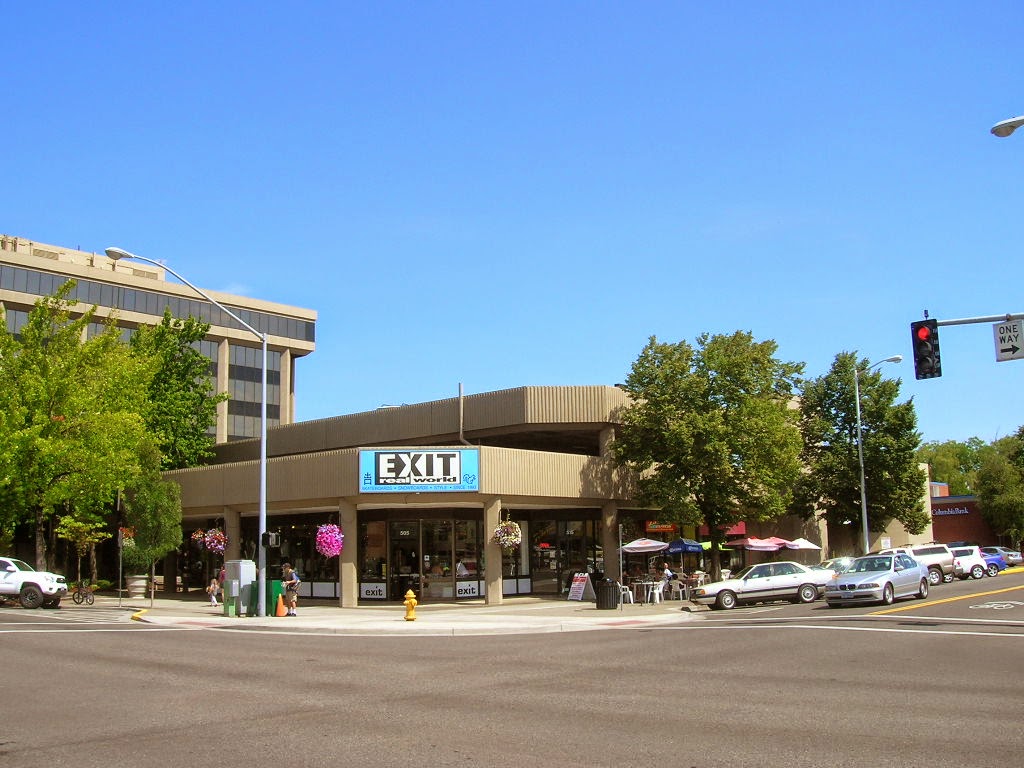 With the recent news that Exit Real World would be closing, the corner of High and Chemeketa has been top of mind.

It seems like that northeast corner should be a great spot. It's right by the transit mall.

But of course the transit mall doesn't fill the block.

Am I crazy or would this giant slab of nothing at Courthouse Square make a perfect spot for food trucks?? #sjnow pic.twitter.com/FWA89Z5Q5N
— Zach Urness (@ZachsORoutdoors) July 2, 2014

Yeah, that giant slab of nothing.

On the northwest corner is a crazy building with all these arches in an arcade. 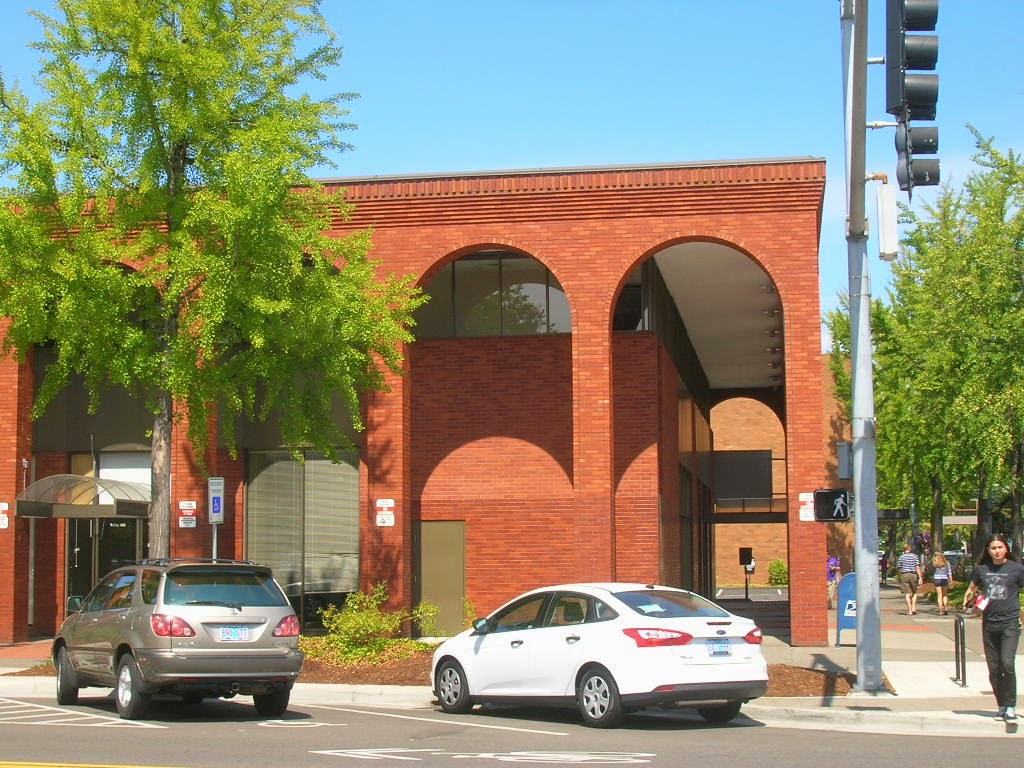 The style seems totally gratuitous, literally apropos of nothing.

But it turns out it's apropos of something very significant.


The arcade is a clear nod to the arches and brickwork in City Hall! Without that context, the remaining building no longer makes sense, and it looks kinda dumb in Salem.

But at the time it was a design relatively sensitive to context. It made sense.

The emptiness of the surface parking lot is the big problem, of course, but a lesser harm is the way demolition removes the context of existing buildings and rips the urban fabric of pattern and place.

Hopefully soon something will go into the Exit Real World space and the two corners of the City Hall parking lot and the giant slab of nothing will also get something. This intersection should be one of the most active in Salem!

One of the questions about Pietro Belluschi's buildings in Salem is the identity of the telephone building he apparently designed.

It seemed like the old Pacific Telephone & Telegraph building on State Street, and next to the Hallie Ford Museum of Art, was too old.

Turns out the University of Oregon's Building Oregon collection has a different picture of the same building from 1929, and it is identified as designed by A. E. Doyle & Associates. It happens that about this time Belluschi was the chief designer for the firm, and while this is not conclusive, it looks probable that Belluschi designed this building for A. E. Doyle & Associates.

The building has had some expansion, and an ugly "CenturyLink" is on it now, but the front facade seems intact. If this identification is right, it makes two Belluschis facing each other across the alley, one art-deco-y with glazed terra cotta tile, the other a modernist block of brick and concrete.

On the corner of Capitol and Chemeketa is what might be Salem's loveliest apartment building. Now called the Royal Court Apartments, it has long been an object of curiosity, and the University of Oregon also has an undated architectural sketch of it.

There doesn't seem to be a ready source of much information on the architect, Charles Walter Ertz, who was active in Portland and has a number of buildings in Lake Oswego, most notably the amazing Jantzen estate, associated with him.

Ertz designed the Salem apartments for Adam Engel, according to the legend in the sketch, and the google doesn't have much to offer on that name. (We'll do some more research on Engel and on Ertz. Look for another post in the future!)
Posted by Salem Breakfast on Bikes at 7:00 AM

Can you find out what the deal is with Royal Court? It seems as if it should be full of state employees, but I've never known anyone who lived there. Is it publicly subsidized?

Anon, it is not a high-priority research project, but over the fall or winter, you should expect a follow-up!

Thanks! I work downtown and there aren't enough apartments in a variety of price ranges. I can't figure out Royal Court but it's in an ideal location.

In the 1924 Polk Directory, Adam Engel is listed as a "Building Contractor" and as living at 1420 North 5th Street.

So. It looks like the building may have been planned just before the crash of the stock market, and likely completed just after.

And it also appears to be the case that the building has always been known as the Royal Court Apartments.

More to come, I hope, in bits and pieces!

Thanks! I'll keep checking back for more Royal Court tidbits.

According to Virginia Green, Governor Hatfield lived at Royal Court for a time.

Anon, I know a state worker who lives there. I think it's just a normal apartment building.

Thanks for the info and link!

According to an OPB piece, "The Governor Who Couldn’t Vote: Why History Forgot Oregon’s 1st Female Head Of State" Carolyn Shelton's obituary of February 4, 1936 erased her three-day stint in 1909 as Governor and absorbed her into her husband's identity:

There are lots of interesting bits in the piece!

And here finally is a substantial update on the construction of the Royal Court Apartments and on Adam Engel, who built them.