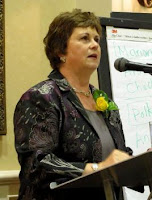 Because of Ducks football, City Council meets on Tuesday rather than Monday!

The agenda, of course, will have the swearing-in of Mayor-elect Anna Peterson and new City Councilors, Sheryl Ann Thomas and Rich Clausen.

Other items include the Kale Road Park master plan and a right-of-way purchase on Kuebler for widening.

It's not a heavy agenda.

(Over the weekend look for a repost of Peterson's May interview on the environment.)

It's too bad the GHG targets session will be on Valentine's Day. The Daily Journal of Commerce just published an article about Oregon's failure to meet goals.

Unfortunately, the City's official stance is to resist most greenhouse gas reduction efforts as "unfunded mandates," and state and federal grants have funded the primary initiatives so far. The work session may not produce much in the way of meaningful progress. At the same time, it is an opportunity to let the Mayor and City Councilors know that reducing emissions are important. You can email all of Council at - citycouncil@cityofsalem.net
Posted by Salem Breakfast on Bikes at 11:15 PM