Our local Metropolitan Planning Organization is holding an Open House, Wednesday the 1st, on two proposed projects and the associated amendments to the Regional Transportation Systems Plan and the Transportation Improvement Program.

The projects are expensive highway widening, but they would mostly use funding restricted to and intended for that end.

Still, we should remember that a few years back, Transportation Planners in Portland observed:


The estimated replacement cost of Portland’s entire 300+ mile bikeway network—acknowledged as the best in North America—is approximately $60 million ($2008), which is roughly the cost of one mile of four-lane urban freeway.

Here in Salem, we're talking about the same order of magnitude: A mile or so of I-5 widening for $48 million. You could fund a lot of sidewalks, bike lanes, and bike boulevards for $48 million.

So there's two frames here:
From the Open House packet:

The first proposed project is on Interstate-5 within the SKATS MPO area to add one travel lane in each direction of I-5 between the Kuebler Boulevard and the Delaney Road interchange ramps, which includes re-constructing the Battlecreek Road overpass and the I-5 bridges over the Commercial Street exit ramp. The total cost is estimated to be $48 million. ODOT will use a combination of federal National Highway Freight Program (NHFP) formula, ODOT Region 2’s budget and, if successful, from part of a FASTLANE grant. FASTLANE applications were due April 14th, and awards are expected by Fall 2016. The second project is to allocate $3.0 million to start the planning and preliminary development work for widening I-5 to three lanes in each direction from the Delaney Road interchange south to Albany. The SKATS planning boundary includes the ramps on both sides of the Delaney Road Interchange.

In order for federal funds to be obligated in the SKATS area, a transportation project must be included in the 20-year RTSP and 4-year TIP. Widening this section of I-5 is part of the SKATS 2015-2035 RTSP’s illustrative list: the proposed amendment would add the widening project to the RTSP’s financially constrained included list. An amendment is also needed for the adopted SKATS FY 2015-2020 TIP. ODOT is proposing to start construction of the project in 2019 with preliminary engineering and right-of-way acquisition preceding construction). 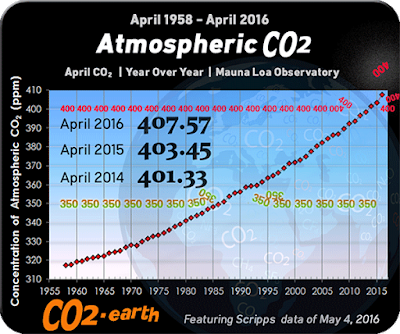 More generally, it should be asked whether we still need automatically to follow a plan from the 1980s without more thought and asking whether its analysis and assumptions still are valid.


In the mid-1980s, an Environmental Impact Statement (EIS) was prepared for the section of I-5 between the overcrossing of the Union Pacific Railroad (nee Southern Pacific Railroad) in the north and the Battle Creek Interchange (Delaney Road/Commercial Street ramps) in the south. The projects included widening I-5 to three lanes in each direction and rebuilding all the interchanges except for the Battle Creek interchange. These projects were divided into phases (as shown below) and have been constructed as funds became available over the last 20+ years.


There's more here on reasons for skepticism on this pair of projects.

Later in the month there will be a Public Hearing on Tuesday, the 28th. The window for written comment closes at 5:00 p.m. on TuesdayJune 14th.

A reader sends along a very interesting observation.

The estimated cost for phase IV of the I-5 widening in the 2015 Regional Transportation System Plan was $120 million. That's a lot more than the $48 million involved here! Why the discrepancy? There may be more to say.
Posted by Salem Breakfast on Bikes at 9:00 AM

I emailed my comments because I couldn't attend. I did not hold back my contempt for any member who claims to be a fiscal conservative, worried about climate change, or wants to make Salem and the Md-Valley a better place and still votes for these projects.

Updated with note about a discrepancy in the estimated cost of phase IV of I-5 widening: $120 million v. $48 million.