The Monster Cookie had a great turn out yesterday! Though there were several Cookie Monster jerseys for it, maybe the best nod to monsters was by Team Cthulhu!

The sun moved in and out of clouds, but it was dry and reasonably warm. You could hardly ask for more!

But unfortunately the horror wasn't just literary or amusing. 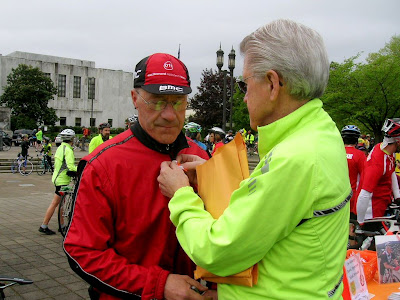 John Sangster, one of the founders of the Cookie, pinned ribbons in memory of David Apperson and Hank Bersani, both killed on bike earlier this year after being hit by people driving cars. 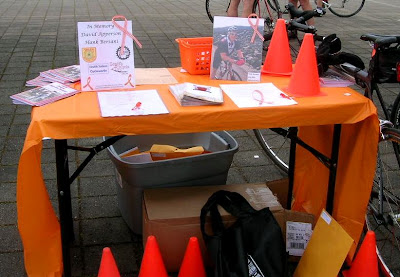 The club set up a memorial on a table in front of the registration tents. 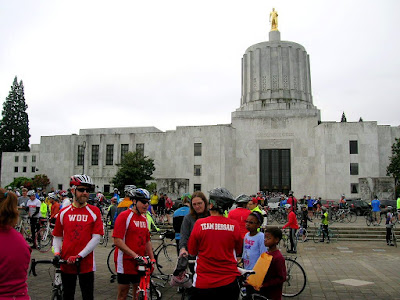 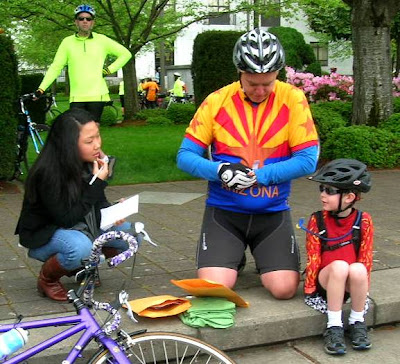 Later in the morning, Saerom Yoo from the Statesman interviewed 6 year old Timothy. 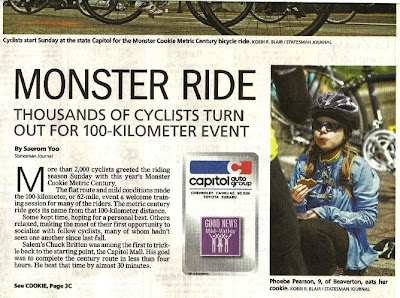 The piece in today's paper Statesman continued a really nice string of section-front coverage over the weekend! First Kenji's opinion, then then a profile of low-car commuters (along with a wire piece on manufacturing for bikes the same day), and now this! 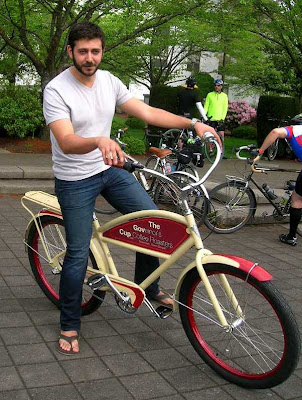 The new Governor's Cup Cruiser made the rounds. 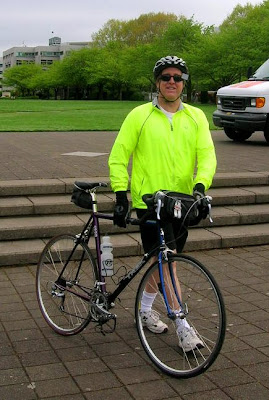 And City Traffic Engineer Kevin Hottman saw firsthand how great Salem could be with lots of people on bike.
Posted by Salem Breakfast on Bikes at 7:30 AM