Traffic in the Neighborhood Associations this Week

One of the consequences of our street hierarchy system is that the roads that cross railroads are usually really busy. Between Market and D streets there are, for example, no ways to cross the railroad. 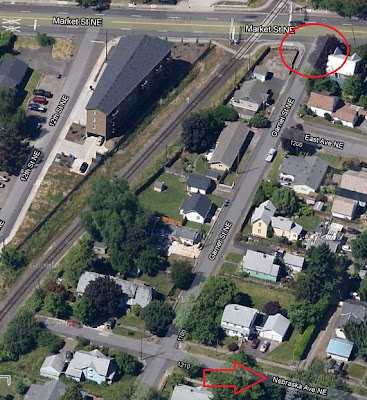 As part of the quiet zone improvements, the City is proposing to close Garnet Street at Market Street. On Tuesday, April 3rd, Northeast Neighbors will hear a presentation on the proposed closure as well as a proposal for speed tables/bumps on 21st Street.

Hopefully the proposed Garnet closure would permit people on foot and on bike to proceed to the sidewalk, as there are no bike lanes on Market, and otherwise they would need to proceed south to D Street to cross. With Nebraska identified as a low-traffic alternative between D and Market, connections across the RR are critical.

School Traffic - and a Solution!

Both the West Salem and Grant Neighborhood Associations have recently discussed traffic problems near schools and the Boys and Girls Club.

If you live in these neighborhoods, there's an opportunity to create Safe Routes to School programing!

Getting more kids to walk and bike to school and to after-school facilities will improve physical and mental health and reduce traffic. What's not to like!? It's also a cheap mobility solution, much less expensive than widening roads to handle increased auto volumes.