Council meets on Monday, and there's not a lot to say here about the agenda.

Probably the most interesting thing is a formal report and authorization for action on the Portland Road study, but the presentation has nothing new. (See previous discussions here.)

Still, the slides on the near-term projects are simple, clear, and hit the right notes... 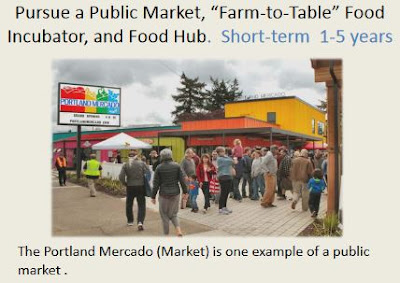 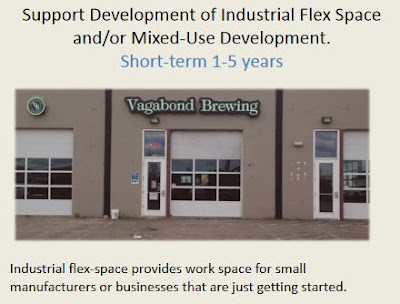 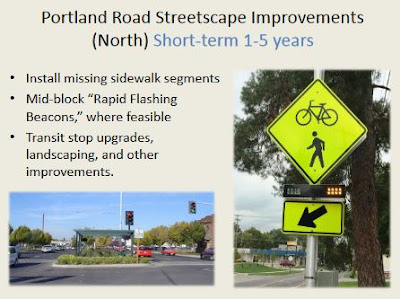 You can see the full slide deck here.

(Since Vagabond is also investing in downtown on the alley at the forthcoming Victory Club, I continue to think the City may not be sufficiently trumpeting the story of incubation on the periphery leading to bigger investment downtown.)

In the Staff Report is information on next steps assuming Council (as URA) approves the plan:
This still leaves $2.4 million in URA funds, with an additional $12 million coming available in the next couple of years.

I haven't seen any meaningful criticism of this yet, and on the surface it looks quite reasonable. It will be interesting to learn of criticism if any emerges.

In the Legislative Affairs Report there's a mistake that might be more of a Freudian slip than an innocent typo! 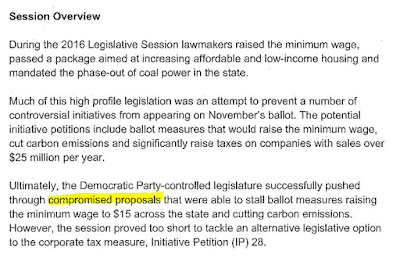 We all make typos, and ordinarily it's not interesting, indeed can be unkind, to point them out. We can all make the appropriate mental edit and carry on without fussing. (Thanks to readers here who pass over with kind interpretive charity the typos in blog posts!) In the Legislative summary it's clearly supposed to read "compromise proposals," but depending on your political inclination, you might instead understand them as "compromised proposals." I read the tone of these paragraphs as showing bias and not as a neutral recitation of the Legislative Session. So that's why it doesn't just seem like an innocent typo. "Your mileage may vary."