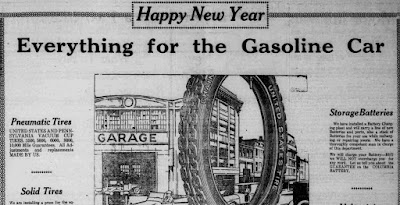 The first of January in 1919 was in some ways an especially happy one. The war was over, the economy seemed like it was going to return to peacetime growth, and there was the prospect of a return to normality.

But the City had just announced a new round of closures and soft quarantine because of an outbreak of flu, and as it happened there would be a post-war recession. So it wasn't all sweetness and light.

Still, on January first, there was a palpable optimism.

With the prospect of industry returning from military production, Salemites were planning the City's first Auto Show at the Armory downtown. A whole eight-page supplement section appeared on January 1st.

In it were three full-page ads, so at least some were feeling very optimistic about sales in the coming year. 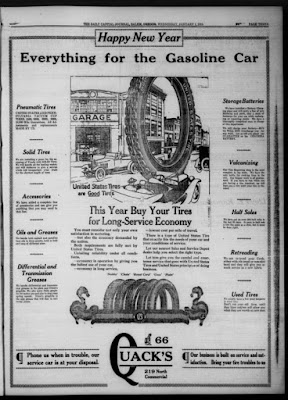 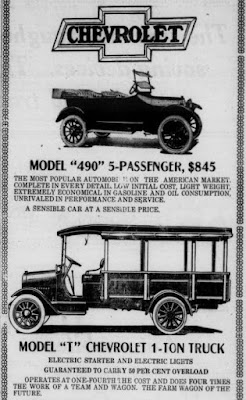 There was a real effort to sell motor trucks also, and there were daily advertisements for a truck rapid transit company to compete with the railroad. 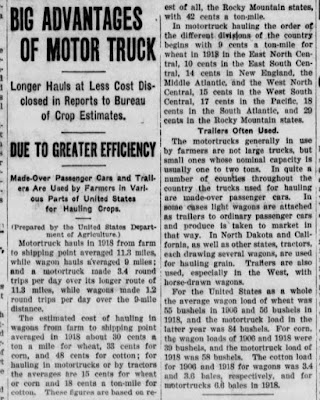 I think this is a picture of what was Thomas Cox's corner on the northeast corner of Ferry and Commercial (detail here). You will recognize the Bonesteele name. 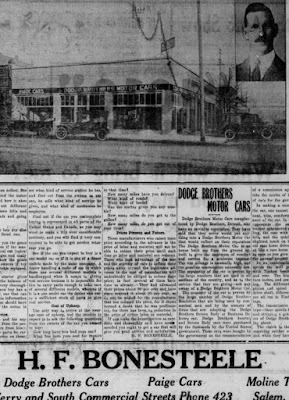 1919 is going to be a big year for cars, I think, and this will be a theme for the blog in the coming year. You may recall that the Legislature created the country's first gas tax for roads in February of 1919, and this key step in the growth and institutionalization of our autoist system will be worth a closer look.
Posted by Salem Breakfast on Bikes at 12:01 PM